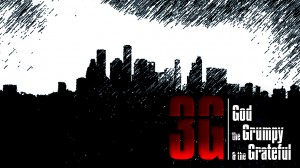 Opening Question:
What do you love about our City?
Nineveh’s Context:
In Jonah we read that Nineveh was a great and important city of more than 120 000 people, but it
was also wicked city. In the book of Nahum God speaks against their violence and immorality and
speaks about their wickedness. History tells us that Nineveh was a wealthy and luxurious city that
had uninterrupted victories and conquests for 100 years. History also tells us that Nineveh was a
wicked and violent city: archaeologists have found ancient descriptions of what they did to their
enemies:
· “I flayed all the chief men who had revolted, and I covered the pillar with their skins”
· “Many within the border of my own land I flayed, and spread their skins upon the walls”
· “I cut off the limbs of the officers, the royal officers who had rebelled”
· “3,000 captives I burned with fire”
· “Their corpses I formed into pillars”
· “I cut off their heads and formed them into pillars”
Jonah’s Context:
The Bible tells us that Jonah was a prophet who lived at the time of Jeroboam II (see 2 Kings
14:25). Jeroboam reigned for 41 years and during his reign Israel grew very strong and prosperous.
Amos the prophet actually prophesied against Israel during this time for their greed, selfindulgence,
and oppression of the poor! Israel was a wealthy nation and it was expanding its
boarders – life was good for the people and Jonah was possibly very comfortable and very
probably had an easy life: then God said “Go to that great and wicked City of Nineveh…” and
Jonah ran away…
Questions:
1. Why do you think Jonah ran away?
Jonah 4:11: “But Nineveh has more than a hundred and twenty thousand people who cannot
tell their right hand from their left…Should I not be concerned about that great city?”
2. Why would God be concerned about a wicked city and why did He have compassion on them? (See
Jonah3:10)
3. What about our city? How do you think God feels about our City?
Read Matthew 28:16-20, Acts 2:8 and Ephesians 5:15
4. What does this mean for you and me?
5. What does this mean for our City?